Friendship as a Way of Life at the Dog & Duck Pub 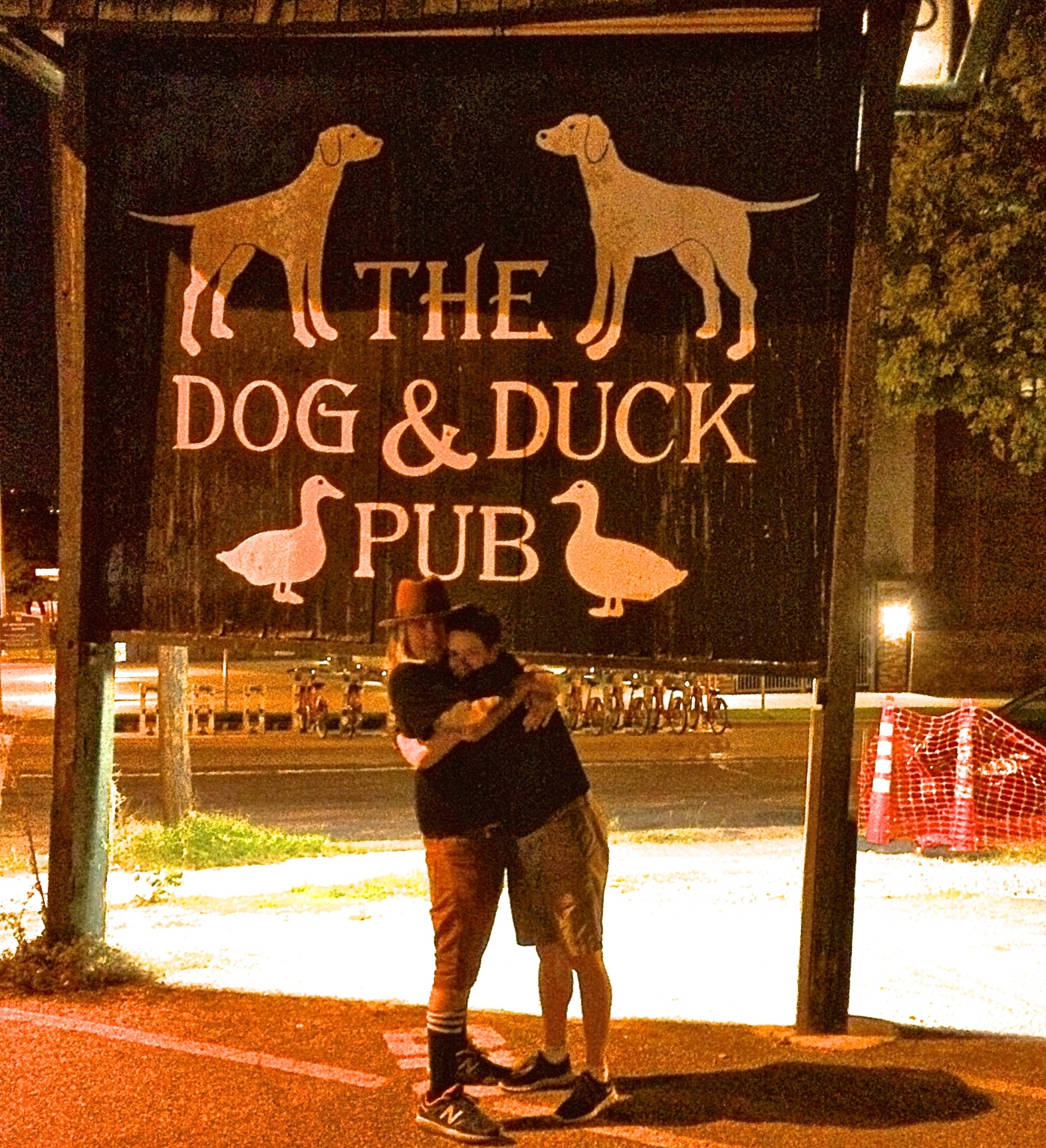 Last night was the final Sunday night at the Dog and Duck Pub on 17th and Lavaca.

My sweetie Katy and her best friend Nancy have been spending Sunday nights at the Dog and Duck Pub for twenty-one years.

That’s longer than my parents were married.

That’s longer than The Beatles were a band.

If Katy and Nancy’s Sunday night ritual was a person, it would be old enough to join them at the Dog and Duck for a drink.

Nancy and Katy actually met for the first time at the Dog and Duck. It was 1991, and Katy still had long, permed tresses a la Jon Bon Jovi. By chance, she happened to make the acquaintance of a group of gay girls from College Station. Katy was intrigued by these college-educated queers with their hairy armpits and Doc Martens and dark beer. She made plans to meet her new friends at the pub, and they showed up with Nancy in tow.

Flash forward a year. At the tail-end of a long and booze-soaked Pride weekend, Katy and Nancy were feeling the Sunday blues. They decided to meet for one last drink at the Dog and Duck, and the tradition stuck. Pretty soon, other people started to drop by every week too. The Dog and Duck was like Katy and Nancy’s living room. No need to call ahead or make a plan—if it was Sunday night, you could pretty much count on the fact that they would be there.

Sometimes people would come to the Dog and Duck regularly, and then life would pull them away. They might resurface years later and start attending the Sunday night sessions again without skipping a beat. I came along in 2001, which makes me somewhat of a newbie. Even after thirteen years, I still occasionally meet old-timers who are new to me.

The Sunday night tradition has outlived jobs, pets, apartments and more. Katy and Nancy both swear that more than one romance ended because of a girlfriend who didn’t respect Dog and Duck time. I’ll admit that when our son was a baby, I didn’t always relish the idea of Katy spending the difficult bedtime hours at a bar. But I’ve also felt pretty damn lucky to have a spouse who really nurtures her friendships. It takes a lot of pressure off when you know that you’re not your partner’s only means of emotional support.

Sunday night conversations at the Dog and Duck can range from raunchy to tearful. Last summer, when my family of origin was in crisis, the battered picnic tables in the courtyard were my refuge—a place where I could narrate the whole, complicated story without interruption and then ask for insights from my friends.

It would have been easy for the ritual to fall by the wayside when Nancy started traveling for work. These days, she’s out of the country almost as often as she’s home, and it takes more intention to keep track of the schedule, but Sunday nights at the Dog and Duck have remained the default.

The French philosopher Michel Foucault said that homosexuality wasn’t subversive as a way of having sex, it was subversive as a way of life. As queer people, one of our strengths is that we hold on to our subcultures and friendships. We don’t put away childish things, we weave them into the fabric of lives that don’t follow straight lines. But it’s not easy to maintain long-term relationships that aren’t legitimized by blood or matrimony or profit. (There’s a reason why we say gay couples who have been together for ten years are the equivalent of straight couples who have been together for twenty-five.) That’s especially true for adult friendships, because our culture lacks ritualized times and places that preserve and strengthen those bonds.

Last night, I raised a glass to Nancy and Katy, thanking them for making a time and a place for friendship in their own lives, and in the lives of so many others. Now the ground is shifting, but the roots are still strong. May we nurture them, and may they bloom wherever they are planted. 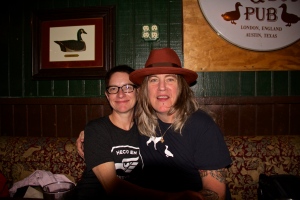 Read about the closing of the Dog and Duck Pub.

Do you have a favorite memory of Sunday nights at the Dog & Duck? Help create a virtual archive by sharing in the comments!