I Wanna Grow Up Like Girls in the Nose

When I was a little girl in the 1970s, my mother told me that someday our TV would be a computer and she’d be able to leave messages on the screen.

My dad told me that someday there would be a woman president and maybe it would even be me. 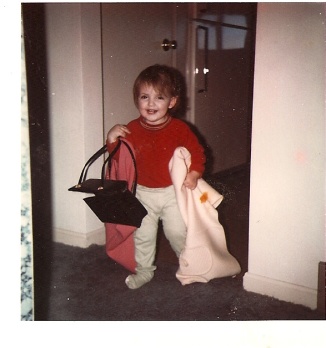 No one ever predicted a lesbian rock band that would continue to electrify audiences when its lead singer was over 65. Back then, it seemed like women in their sixties were old ladies, grandmothers or old maids who drove too slow and carried purses full of Kleenex. If you had told me that old ladies could be sexy, powerful and creative—well, I think that human colonization of Mars would have seemed more likely.

In keeping with a 1970s-era vision of the future, the release of the new Star Wars movie has inspired a cultural conversation about women entertainers and aging. Everyone wants to weigh in about whether Carrie Fisher has aged well. Does she have too many wrinkles? Has she gained too much weight?

If this conversation seems very tiresome to you, then let me tell you a story about the Girls in the Nose reunion show last Tuesday night.

Let’s start with the way that lead-singer Kay Turner stands. Legs spread wide. Feet planted flat on the ground. Back straight. Hands wrapped around the mic until she grabs the stand and pulls it to her crotch on a song like “Sodomy.” 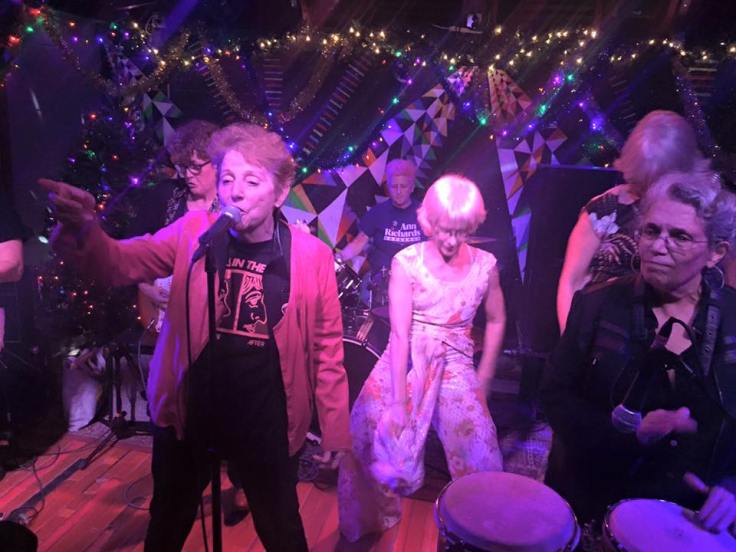 “Does Kay’s voice remind you of Iggy Pop?” I ask my wife.

“Patti Smith,” Katy answers, supplying the feminist canonical referent. But I resist. It’s true that there’s a lot of rock-n-roll priestess in Kay’s performance, but it’s more carnal than Patty. If I could pick one song for them to cover, it would be The Stooges’ “Dirt,” a song that makes me blush every time I hear it.

“Can I have a little less reverb on my vocals?” Kay asks. Noooooo, I think, because I’m enjoying the stadium-rock quality of it. But I’m glad that Kay and guitarist Gretchen Phillips keep asking the sound person for exactly what they want. I once stood in a crowded nightclub while the singer for Sebadoh quibbled with the sound guy for 45 minutes. It’s rare to even hear a female musician ask apologetically for a little more or less of something in her monitor.

There’s no need for apologies here. When Kay sings “Menstrual Hut,” she shrugs off the fact that the members of GITN are mostly post-menopausal now. It was always about hanging out with other women anyway. And when Girls in the Nose makes a reference to the women’s health movement in a song like “Breast Exam,” it’s with a sly, sexy wink. Are they really singing about breast cancer screening? Or are they instructing you in how to squeeze and tug a nipple for more nefarious purposes? Does it have to be an either/or? When percussion/keyboard player Joanna Lebow is cavorting with the Les Nez dancers, I forget to care.

Most reunions are about looking back, and there was a warm glow of nostalgia over the evening, but Girls in the Nose’s performance didn’t feel dated. It was as if—to quote another beloved queer Texas band—they were “sent to us in a time capsule from the future.”

When I grow up, I want to be Girls in the Nose.

There’s one more opportunity to see GITN reunite on January 8 at Cheer Up Charlies.